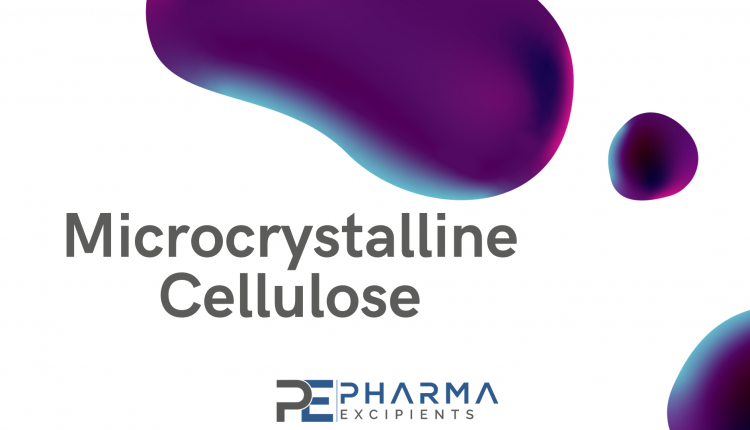 Microcrystalline Cellulose and the Pharmaceutical Industry

When a substance maintains its position in the market for over a century, you can feel secure in the knowledge that it does what it’s supposed to do efficiently and affordably.

Most pharmaceutical scientist agree, if they could pick one excipient it would be microcrystalline cellulose. Discovered in 1955 microcrystalline cellulose is the most commonly used binder on the pharmaceutical market. It’s popularity comes from its versatility and a huge range of applications. It can bulk, disintegrate, bind, and lubricate. It enhances stability and extends drug release. As a natural, fibre-rich component, it’s nontoxic and chewable. It’s also a favourite among dissolvable drug manufacturers. It’s carved a space for itself as an excipient in both the supplement industry and the potent drug delivery niche. Its scope is not limited to capsules and tablets. It’s used in medicated gels, as well.

What is Microcrystalline Cellulose (MCC) and How is it Made?

MCC is made from high-grade, purified wood cellulose. Hydrolysis is used to remove cellulose until the microcrystalline form remains. With its amorphous cellulose portions removed, it becomes an inert, white, free-flowing powder. It can be processed in a number of ways, through reactive extrusion, steam explosion, and acid hydrolysis.

The word hydrocellulose was coined in the late 19th century. It’s often called the oldest polymer, but it took another century to enter the pharmaceutical sector in the Fifties, but it was only in the Sixties that manufacturers found new uses for it. MCC was discovered in 1955 by Battista and Smith and was commercialized under the brand name. Avicel has become a staple name in the pharmaceutical toolkit.

The food industry began using microcrystalline cellulose to make compact pellets and improve the texture of flour. It was hard and heat resistant. It became a popular structural material for its capacity to resist the harshness of an oxyacetylene torch. In the same decade, scientists started producing cellulose derivatives in a new colloidal form. They relied on acid hydrolysis to obtain microcrystals from fibrous particles. Cellulose has long been a favourite binder in the pharmaceutical industry, but new processing technologies are still adding to its powers.

See also our overview video on microcrystalline cellulose as a pharmaceutical excipient:

All cellulose derivatives have their own pharmaceutical properties, but MCC is the most versatile agent in the industry. It can be used to make tablets more compressible and to bind both wet and dry manufacturing processes. MCC’s thickening powers and viscosity make it an important cellulose in liquid dosage forms. Grades with a larger particle size and higher crystallization work well with colloidal silicon dioxide to produce silicide and second-generation grades. Microcrystalline cellulose is an excellent bioadhesive, and is used in bioadhesive drug delivery systems.

MCC is used as an anti-caking agent in the processed food niche, but it’s also a popular texturiser for cosmetics. It’s a refined wood pulp with a unique hydroswelling talent. It can be synthesized in several ways through reactive extrusion, ultrasonication, and steam explosion. More recently, it’s cleared a place for itself in the 3D printing niche. Some have called it an “inexhaustible treasure” for the pharmaceutical industry because it lends itself to a huge number of processes. At its most straightforward, it’s used to achieve oral dosage forms in direct compression. Its remarkable flow makes it much easier to ensure a consistent tablet weight.

In terms of particle size Microcrystalline cellulose can be engineered to different um sizes. Due to its microcrystalline structure it offers a naturally large surface area with plenty of porosity and moisture retention powers. It’s often referred to as the best extrusion aid on the market for its excellent binding properties and cohesiveness. If water movement is well-controlled, phase separation is completely avoidable. It can create a dense, smooth surface that’s extremely nonfriable. It deforms under compression but forms powerful hydrogen bonds.

Why and Where Should I Use Microcrystalline Cellulose?

When it comes to solid dosage forms MCC is used in everything from hard gelatin capsules to dispersible tablets. It’s one of the rare fillers that are water insoluble and hydrophilic, so it’s perfect for wet granulation procedures. It can be used to achieve wicking action to wet powder blends. When it’s too expensive to act as the only filler, it can be blended with dry lactose. It causes rapid disintegration before it’s compressed. It’s primary use is as a binder and diluent.

What is the Regulatory Framework of MCC?

The Food and Drug Administration considers Microcrystalline cellulose to be safe for all animal species. There are no consumer safety concerns related to it beyond its food grade requirements. As with any cellulose, its ash content must be below 0.6%. It’s been added to the GRAS Notice Inventory and is generally recognized as safe when used in “normal” quantities. As a cellulose, it falls under the National Organic Program regulations. It can be combined with ancillary ingredients to improve absorption or change viscosity.

The United States Pharmacopeia has stricter standards that govern everything from particle size distribution to packaging and storage. The cellulose is a stage four substance that must have a limited aerobic microbial count. It’s required to be stored in tight containers to reduce exposure to nominal loss.

Europe’s safety authority reevaluated MCC in 2018 but found that it remained intact until it was excreted. With no absorption to worry about, oral acute toxicity risk is low and genotoxicity is unlikely. It’s still regulated as a technological food additive in accordance with Annex II Regulation No 1333/2008. Its purity criteria are defined by Regulation No 231/2012. It should be used at the lowest required level. Member states are required to monitor consumption, taking a risk-based approach to reporting.

MCC grades vary depending on where the cellulose is obtained. MCC 10, known under the commercial name Avicel PH 101 is generally used as an anti-caking agent, emulsifier, and fat substitute. It texturises and adds bulk. Ceolus M CCis better suited to compression. Avicel PH 101 can stabilize foams and extend starches, but it was designed for wet granulation.

When it comes to fluidity, Avicel PH 102 is the MCC type of choice. Its low density value and dissolution give it less weight variation and friability. More importantly, they allow the body to absorb important ingredients. Direct compression can be used to achieve grade 200—a pharmaceutical standard excipient with excellent lubricity levels.

Newer patent protected versions of  MCC are degradable bio-composites ideal for 3D printing when combined with reinforced polylactic acid. This new MCC was first tested in 2016 when twin screw extrusion and solvent casting were used to achieve just the right filament form. M CC isn’t wholly compatible with PLA, so surface modification were needed, but the attempt was a resounding success. MCC is a perfect for additive manufacturing with 3D fabrication. It produces minimal waste and uses very little power. Its tensile and thermal properties are perfect for building components layer by photosynthesised layer. Cellulose has several important properties for AM technology. It’s the most abundant suitable biopolymer on the planet for 3D applications. It can be used to build cellulose-based polymers, printing filaments, liquid deposition modelling, and 4D printed materials. Additive manufacturing technology demands quick prototypes and variable materials, and cellulose offers both.

See our list of Microcrystalline Cellulose Products and Manufacturers here

Prev Next 1 of 1,984
Top Pharma-Excipient Links