The future of novel excipients – by Croda Pharma

The importance of excipients

Formulation development has been emphasized greatly in recent years, whether that be for targeting delivery of the drug, aesthetics of the final formulation, or shelf life of the final drug product. Some excipients play a simple role in drug formulations while others require an excipient with different properties to perform their job properly. Frequent concerns such as drug stabilisation, surface adsorption, or agglomeration are found throughout the drug development process, especially within biopharma, which reinforces the need to utilise novel and highly functional excipients. It is crucial that the right excipient is adopted to assist in preventing these common issues from occurring. The current palette of excipients has its limitations and novel excipients which aid in the delivery of these new therapeutic agents must be introduced.

Truly novel chemical entities that have been designed and manufactured as pharmaceutical excipients are exceptionally rare. Recent examples have incurred large development costs, not least in the demonstration of patient safety, and have been generally underutilised by the pharmaceutical industry. Why would a scientist formulate with a novel excipient knowing the regulatory scrutiny of the marketing authorisation dossier may trigger additional questions and delays when using a traditional excipient which would not incur such questions … even if it did not perform as well? This is yet another example of the challenge in developing new therapeutics, especially using biopharmaceuticals (“big molecules”).

“During the COVID-19 pandemic the acute need for a successful vaccine outweighed any reluctance to use novel excipients, driving the use of the polar lipids developed to encapsulate the mRNA in the COVID-19 vaccine.”

In the next three to five years, we can expect to see an acceleration in the examination of the composition and purity of excipients.

The future of novel excipients

At Croda Pharma, we recognise the importance and lack of novel excipients and position ourselves to support the industry interest in developing new and innovative ingredients. In addition, excipient purity comes into play, as the level of functionality can, in many cases, be a direct function of the impurity levels.

“It is important to take all considerations of an excipient into account in its selection to ensure it not only does the job it’s supposed to but does it at the highest possible level.” 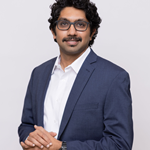 As the acceleration of examining the purity in excipients heightens, high purity versions of existing excipients can help bridge the gap caused by the lack of novel excipients. Croda Pharma’s proprietary purification processes which are used to develop our range of Super Refined™ excipients align with the expanding regulations and investments in innovation seen throughout the industry. Developed to support the most sensitive of formulations, our growing range of Super Refined™ excipients will continue to support our customers and the growing need to formulate with the purest excipients available, both today and in the future.

Innovation is at the forefront of our business, and novel excipients play a crucial part in that.

request a sample or other information here:

Use of polyvinyl alcohol (PVA) to overcome challenges in ophthalmic formulations

FDA Concludes that Existing Regulatory Frameworks for Foods and Supplements are Not Appropriate for Cannabidiol, Will Work with Congress on a New Way Forward

Use of polyvinyl alcohol (PVA) to overcome challenges in ophthalmic formulations