3D printing is one of the current hot topics in the pharmaceutical industry. There are so many different applications and new ones are being added almost daily. Many companies are doing their own trials and producing materials and excipients for 3d printing. Others, like Aprecia, specialize only in pharmaceutical 3D printing and are also already bringing the first drugs to market.

For these reasons, we made an interview with Ilias El Aita, Lab Head of Bayer, about his PhD thesis “Manufacturing of solid dosage forms using pressure-assisted microsyringe 3D-printing” and about 3D printing in general.

Watch it here for free:

Tom: Hello, my name is Tom and today, we are welcoming Ilias. Ilias is currently working as Lab Head at Bayer in Germany. Last year, he finished his inaugural dissertation about manufacturing of solid dosage forms using pressure-assisted microsyringe 3D-printing. And today, we’re talking about his work, the current developments, and the future of 3D-printing.

Ilias: Hey, Tom. Thanks for the invitation and nice to be here with you.

Tom: Thank you for being here. Let’s start the interview. What are the three biggest advantages and disadvantages of 3D-printing, in your opinion?

Taking the disadvantages of the technique into account, we see that the process control strategy of the technology is still quite very unclear and not that research as other aspects. One further point is that the knowledge is still quite very low. And for the pharmaceutical industry, equipment which fits the GMP requirements are still not available.

Tom: Okay. So, actually, if we don’t have the current problems like no GMP available or a little bit less knowledge at the moment, 3D-printing doesn’t have really much disadvantages.

Ilias: Yeah. It’s a future technology but I wouldn’t say that there are not disadvantages compared to the other technologies but it looks quite very good when it comes to the technology itself.

Tom: All right. Thank you. And what do you think is the most promising 3D-printing method in the pharmaceutical field? Will one prevail or will it ever be used simultaneously?

Ilias: Let me directly answer this question by saying I think that there are several technologies will be used simultaneously. When we look into the commercial success, powder bed printing is, I would say, the most successful since the commercial product on the market is coming out of this technology. But nevertheless, just looking into the landscape, what is happening around this technology, we see that the FDM, so the fused deposition modeling technology, is used quite a lot at the universities for a lot of research activities. Therefore, I think, the fused deposition modeling, will provide, I think, the next commercial product on the market and seems to be very…or with a high potential when it comes to being a technology for pharmaceutical dosage forms.

Tom: Okay. Interesting. So FDM, will be appropriate.

Ilias: From my point of view, yes, I think we will… There might happen some or a lot in the future.

Tom: All right. Thank you.

Ilias: When it comes to the drug use, I will not name here any drugs. I think we need to really see what should be the scope of 3D-printing. I don’t think that 3D-printing is the right technology for high drug-loaded, high volume APIs. I think here, 3D-printing should focus itself on really high potency and low drug loaded APIs. And I think here, 3D-printing really shows some big advantages. As I said before, we can print complex geometries, we can individualize the dosage forms which is quite very interesting for high potent drugs.

Tom: All right, Interesting. And when it comes from high potent drugs to non-potent drugs excipients, how big a role would you describe excipients in 3D-printing?

Ilias: I think the excipients have a significant role in the technology of 3D-printing because using different excipients, we are able to modify the properties, as for example, dissolution or also the disintegration of dosage forms. Just let me give you an example. For example, in the FDM, by using different polymers, we can modify the dissolution profile of dosage forms quite very easily. On the other hand, looking into the powder bed printing technology, for example, there are some research activities dealing with the surface properties based on the particle properties used of the excipients. And I think, this case is still or this area is still not that researched and we need to spend more times on the excipients for 3D-printing.

Tom: Okay. That’s interesting to hear because my next question would be, which excipients are most suitable for 3D-printing and which ones do you need? What are the differences? And I know there are really many methods of 3D-printing so let’s focus on the area of fused deposition modeling or FDM.

Ilias: Yes. As you said so, I think this is a question where we can spend like one hour talking. As you said before, we have different technologies and also different excipients are needed. When we are focusing on the FDM, just also, we can, here. divide the excipients needed into different class. For example, water-soluble polymers, we can use hydroxypropyl cellulose. We can use HPMC. We can also use different grades of polyethylene glycol. We can also take or classify excipients for immediate release drugs here. We can use, for example, Eudragit E. So, actually, it is quite a very versatile field.

So we have different polymers. We have different excipients we can use. So we have also polymers which are water-insoluble, for example, like ethyl cellulose, where we can print dosage forms with a controlled drug release. And yeah, coming, or saying about controlled, delayed, or sustained drug release, we can also here choose from a, I would say, a broad spectrum of excipients like HPC, HPMC, or also polycaprolactone. So, it is quite a very interesting field and we have some interesting polymers, interesting excipients to use. As I said before, I hope in the future that there will be more work on excipients for 3D-printing as it is right now.

Tom: All right. Thank you very much. Let’s start to come to Spritam from Aprecia, which is a fast dissolving template and dissolves in amounts in very short time. This tablet is produced by a ZipDose technology. But what is the procedure for drugs as opposed to dissolve first in the stomach or intestine each indirect release or controlled release like… what are you doing with these drugs?

Ilias: So, just one sentence about Spritam. So Spritam is using the ZipDose process which is based on the powder bed printing. So by using, I would say, special excipients for this printing technology, they are able to print a dosage form with quite a very high porosity and therefore, a very fast disintegration. When we look into the procedure for drugs with a controlled release, for example, we can easily use, for example, in the FDM ethyl cellulose for the hot med extrusion to obtain filaments with a controlled drug release. So also, here, as I said before, we have a broad spectrum of excipients like…or also cellulose, Athos, which we can use to prepare filaments which then obtain tablets with a controlled drug release.

And also, for the powder bed printing, research studies showed here that it is possible to, I would say, to modify the binder solution, for example, to control or to modify the dissolution properties of the dosage form.

Tom: Interesting to hear. Thank you very much. Why did you use Levetiracetam as a model, in fact, in your dissertation? Like, does the API Levetiracetam have special properties? Or does it pose a special challenge for 3D-printing?

Ilias: Actually, this was a cost question. So it was available at the university, that’s why I picked it, so.

Ilias: No, just kidding. So, also here, Levetiracetam is an anti-epileptic drug and as you may know, Spritam from Aprecia is also containing Levetiracetam. So what we have recognized for Spritam back in the days when I started with the PhD, we saw that Aprecia also just printed dosage form with discreet dosing. And we have directly asked our self, if we can use the micro-extrusion to individualize the dispense dosage…the dispense dose of Levetiracetam, which, actually, we showed quite very successful.

And let me just…also some sentence about Levetiracetam. When it comes to the pediatric population, Levetiracetam is always administered based on the body weight. So when we just look at the evolution of a pediatric, like, from the newborn until the toddler. The body weight and the properties of the child actually changes quite very fast. And so therefore, we need technologies which might adapt also very fast and are able to individualize the dispensed dose. And this was actually the main question in my thesis.

Tom: Thanks a lot. And now I know why you did use Levetiracetam instead of something else. Let’s come to our last question. So it’s a little bit tricky one. How strong do you see the role of 3D-printing becoming in pharmaceutical dosage forms in a 5 to 10-year time frame?

Ilias: Oh, that’s a very challenging question. So, let me try to answer it like how I also developed myself with technology. So when I started at the university and we have printed the first drugs, actually, I thought, “Okay. We are going to change the world.” When I start at the industry, I directly had to learn that the pharmaceutical industry is quite very conventional area and it is kind of a big elephant which is moving quite very slow.

For the 3D-printing, we should also look what is happening in Europe and in the rest of the world. For example, looking to our neighbors in Netherlands, there are some projects already established where dosage forms are printed in a clinical pharmacy, for example. And I think this is something where we have to set the focus for the 3D-printing. 3D-printing, from my point of view, will never be a technology for mass production as, for example, conventional tablet press where we are able to press three million, four million tablets per hour. So we have really to focus on the strength, on the advantages which is provided by the technology.

And therefore, from my point of view, I think within the next 5 to 10 years, there will be, I think, more approval of 3D-printed dosage forms by the health authorities. And I think 3D-printing will…the first steps, through…establish itself will be over the clinical pharmacies. And there’s always the idea of having 3D printers in a public, in a commercial pharmacy. I don’t think that this is something which is happening within 10 years. So I think this needs more work and especially, more clearance when it comes to roles, responsibilities, who is really responsible for the drug, who is responsible for the quality. But nevertheless, as I said before, within 10 years, I hope there will be more approval and I think that, especially in the clinical pharmacy, we will see 3D-printing as an established technology.

Ilias: That’s what I think and what I also hope.

Tom: Yeah, for sure. Ilias, thanks a lot for the interview. It was really nice. I really learned a lot and you gave me a new insight in 3D-printing. And actually, I thought 3D-printing would be like more of a two to three-year thing. In the next two to three years, it would come to the clinics. As we just saw, it will probably be a future technology. Ilias, thanks a lot.

Ilias: Thanks for having me, Tom.

Tom: Thank you, too. 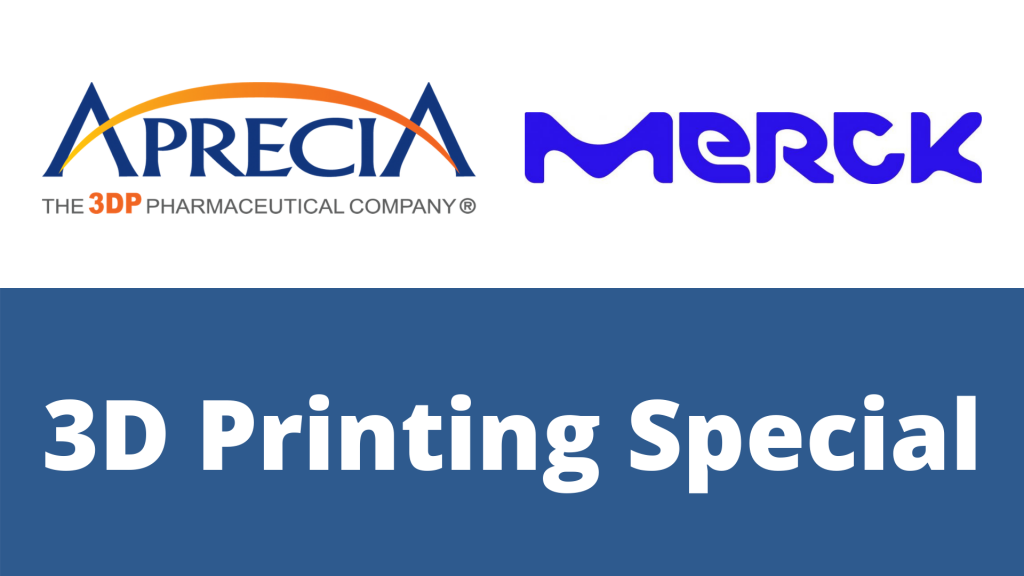 Development and characterization of itraconazole non-aqueous creams for the treatment…

Prev Next 1 of 1,995
Top Pharma-Excipient Links