Suitability of phosphatidylcholine-based formulations for liquid filling in hard capsules

Liquid mixtures with up to 60% Phospholipon 90 G broke cleanly from the needle during filling simulations. A higher fraction of phospholipid led to stringing which could be reduced by addition of ethanol. The hygroscopicity of the formulations was investigated as was their compatibility with different capsule materials with regard to their impact on capsule brittleness and integrity. Gelatin capsules became brittle due to the hygroscopic properties of phosphatidylcholine-based mixtures whereas hydroxypropyl methylcellulose capsules were compatible with a wide range of formulations. After aeration with nitrogen, the formulations exhibited acceptable stability against oxidation. Continue on Suitability of phosphatidylcholine-based formulations for liquid filling in hard capsules 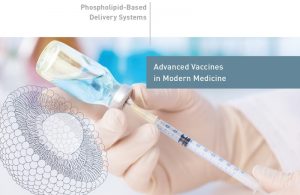 Orphan Formulations for Pediatric Use: Development and Stability Control of Two Sildenafil Citrate Solutions for the Treatment of Pulmonary Hypertension

Prev Next 1 of 1,330
Top Pharma-Excipient Links