Material Attributes and Their Impact on Wet Granulation Process Performance

Granulation technology is commonly used in the pharmaceutical industry during solid oral dosage form development, especially in tablet and capsule manufacturing (Parikh, 2010; Shanmugam, 2015). The process commonly is used for size enlargement, where small particles are produced by the addition of liquid to the powder mixture (excipient/API: active pharmaceutical ingredient) and the massing of the mix to produce granules.

The wet granulation process includes a series of steps, including wetting, nucleation, consolidation, growth, attrition, and breakage. The process starts as a mixture of dry powder followed by wetting, which is the addition and even distribution of liquid throughout the blend. Nucleation takes place when the liquid joins together nearby primary particles in weak structures known as nuclei. Nucleation is followed by granule growth, which typically proceeds according to either a steady growth or induction mechanism. As granules grow, they consolidate because of the agitation forces present with mixing. Consolidation increases granule strength and forces excess liquid to the surface. Agitation can cause breakage in granules that are weak or poorly formed. Dried granules also can undergo attrition and/or breakage during processing or handling. In general, granulation is performed mainly to prevent segregation of the constituents of the powder, to improve flow properties, compaction characteristics, appearance, to minimize dust, and to densify the material (Parikh, 2010).

The common granulation processes for solid dosage forms are wet and dry granulation.

Watch the full presentation from the ExciPerience 2021 here!

The dry granulation process is used to form granules without adding any liquid to the powder blend or mixture. Because no moisture is involved in the process, it is an ideal way to process moisture-sensitive compounds. Furthermore, it is not necessary to dry the granules, making the process energy efficient. Forming granules without moisture involves compacting under high pressure using suitable tooling, mostly rollers followed by size reduction to produce a granular, free-flowing blend of acceptable size distribution (Parikh, 2010; Shanmugam, 2015).

In the wet granulation process, granules are produced by the addition of a liquid/dry binder with liquid added to the powder blend or mixture (Parikh, 2010; Shanmugam, 2015). The drug is combined with other excipients and processed with the use of a solvent (aqueous or organic) with subsequent drying and milling to produce granules. Solvent mixed into the powders can form bonds between powder particles that are strong enough to lock them together. After the liquid dries, however, some powders can fall apart. In such cases, a liquid solution containing binder is required. Organic solvents, such as ethanol, are used when water-sensitive drugs are involved or when a rapid drying of granules is required. Additionally, it is possible to use stabilizing agents such as pH modifiers in close contact with the drug, which could maximize product stability. After the solvent has been removed or dried, the powder blend forms a more densely held mass. In the traditional wet granulation method, the wet mass is forced through a sieve to produce presized wet granules that are subsequently dried. A subsequent, postdrying, screening/milling step breaks agglomerates into granules of desired particle size and distribution. Wet granulation can be divided into low-shear, high-shear, and fluid-bed granulation processes. Each process has its advantages and limitations, which can be useful for different formulations.

Low shear is the traditional granulation process performed using low-speed planetary or trough mixers in which the drug and excipients are granulated with a binder solution. The resulting wet mass is screened to form discrete granules, which typically are dried in a tray dryer. The dried granules are rescreened or milled to the required size, blended with extragranular excipients, lubricated, and compressed. The major limitations of this process are that the equipment might not be a closed vessel, long drying times, potential for migration of soluble components during tray drying, and lack of in-process control. Low-shear (e.g., fluid-bed) granulation is preferred over high-shear granulation when the resultant granules need to be porous and show fast disintegration and dissolution properties. The fluid-bed granulation process results in a narrow particle size distribution compared to a high-shear granulation process. Additionally, fluid bed granulation can be used for particle coating (e.g., Wurster process), and the fluid-bed process is a single-pot process.

High-shear mixers/granulators are characterized by the presence of two mixing blades: an impeller that rotates in the base of the mixer and a high-speed chopper that continually breaks up the wet mass (typically large agglomerates) during the granulation process. This combination provides an effective mixing of materials and use of small amounts of water compared to the low-shear granulation. The entire process can be completed in a few minutes, and the systems can be fitted with a variety of devices to monitor and determine the end point of granulation. The high-shear granulator is a closed-vessel system, and the granules produced generally are able to be transferred to a fluid-bed processor/dryer under high containment, thus minimizing the extent of handling.

Blending: The drug and excipients are blended with a low volume of fluidizing air to achieve homogeneity and to preheat (warm) the dry powder blend. Care needs to be taken in this stage that fine drug particles are not removed from the bed by entrainment in high velocity air. Effective fluidization depends in part on the particle size and density of the ingredients to be fluidized.

Granulation: An aqueous/organic solvent or binder solution is sprayed onto the fluidized bed. Granule growth during this phase is dependent on many factors, including granulating fluid viscosity, droplet size, and spray rate. In general, increasing any of these factors tends to increase the granule growth rate.

Drying: After the spraying is stopped, the powder bed continues to be gently fluidized until the granulation is dry. The end point usually is determined by the bed temperature and moisture content (via loss on drying). During this phase, there can be some granule attrition that could lead to a breakdown of granules into powders.

The advantages of fluidized-bed granulation are that it is a one-pot (contained) process, meaning a single piece of equipment can be used for both granulation and drying, and granules are typically of low density and possess better compressibility. Some combinations of drugs and excipients, however, are incapable of being mixed by fluidization before granulation, and, in these cases, a premix must be prepared. Also, milled/micronized drugs can be entrained in the fluidizing airstream and lost through the filter assembly.

Wet granulation has had numerous technological innovations recently, and the significance and limitations of these recent techniques are summarized in Table 1 (reproduced with permission from Shanmugam, 2015). The recent progress of different granulation techniques are represented in Fig. 1 (reproduced with permission from Shanmugam, 2015). Although, several advantages are inherent to wet granulation, the process also has some shortcomings. The liquids used in the granulation process can have negative influence or effects on the drugs and/or excipients. Moreover, the complexity of the process compared to direct compression increases the number of critical process parameters that must be controlled precisely for the desired product performance.

Interested in more news on pharmaceutical excipients? Just register for our newsletter 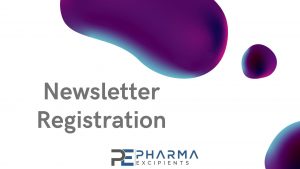 Neither too little nor too much: finding the ideal proportion of excipients

Neither too little nor too much: finding the ideal proportion of excipients

Prev Next 1 of 1,960
Top Pharma-Excipient Links