The oral route is the most common form of drug administration, being a safe and convenient, particularly for solid oral dosage forms. Current large-scale manufacturing techniques mostly result in fixed dose units and allow a limited choice of dosage strengths. In some cases, there is a need for dosage strength personalization, which include Narrow Therapeutic Index (NTI) medicines or concomitant drugs with pharmacodynamic/pharmacokinetic drug–drug interactions, pharmacogenetic variability of enzymes or transporters, as well as special populations including older adults, children and patients with renal /hepatic impairment. Tailoring the dose beyond the 1-3 available marketed strengths to an individual need arising from the patient’s age, genetics, disease severity, concomitant treatments and other (patho)physiological factors may improve safety and/or efficacy of certain medications.

Industrial approaches supporting more flexible dosing include liquid and multiparticulate formulations. Dose individualization could be achieved by compounding or use of other routes of administration (e.g., parenteral), however these lack the same level of quality control as standard manufacturing and are less convenient/acceptable, respectively. An automated manufacturing of individualized solid oral forms of personalized strengths would address this need. Development of pharmaceutical three-dimensional(3D)-printing, which creates automatically the customized tablet in a layer-by-layer fashion based on computer-aided design (CAD) drawings, is one potential way to achieve personalized dosing. Besides individual dosing, 3D-printed tablets could potentially be used for dose escalation during early phase clinical trials, manufacturing on-demand for drugs with a short shelf-life and production of complex multi-drug tablet with different release profiles for personalized regimens. In particular, Fused Deposition Modeling (FDM), which involves extrusion of a thermoplastic filament via narrow heated nozzle and subsequent deposition to prepare solid objects, appears to be beneficial for on clinical site production as no loose powder is involved in the manufacturing process and post-processing can be avoided. Pharmaceutical application of FDM requires FDM-processable filaments manufactured by hot-melt extrusion (HME).

One of the key goals of the work included the development of an industrially relevant formulation toolbox suitable for different APIs to develop scalable hot-melt extruded formulations with a range of drug loads. In the first study, combinations of selected excipients were explored to achieve rapid or very rapid dissolution from FDM-printed tablets with a hydrophilic model compound. The effect of selected water-soluble polymers and hydrophilic dissolution/process aids on FDM-compatibility and, in combination with the effect of infill density, on quality attributes of the formulations (i.e., uniformity of weight and content, dissolution rate,) was studied. Hydroxypropyl-cellulose (HPC) SSL was chosen as hydrophilic polymer and caffeine with a drug load of 5-20% as thermally stable model drug. Poly-(vinyl pyrrolidone-vinyl acetate) copolymer (Kollidon VA64) and poly-(vinyl alcohol-polyethylene glycol) graft copolymer (Kollicoat® IR) were additional water-soluble polymers tested in combination with HPC. Xylitol and polyethylene glycol (PEG) 4000 were evaluated as hydrophilic plasticizers and PEG4000 and maltodextrin as pore formers. Formulations were hot-melt extruded using a scalable twin-screw extruder and 3D-printed into a honeycomb geometry solid dosage forms with high (100%) and low (80%) infill density. PEG4000 in combination with Kollidon VA64 demonstrated superior processability and significantly accelerated release properties of the matrix independently of infill density. Lowering caffeine content improved hot-melt extrusion processability for each formulation but prolonged dissolution. The use of Kollicoat® IR resulted in superior mechanical properties of the manufactured filaments, with easy handling and successful 3D-printing for drug load of 5 to 20%. For many of the investigated formulations, lowering the infill density of 3D-printed tablets yielded faster drug dissolution, consistent with other studies reported in the literature. It was found that the extent of the effect of infill density on the dissolution rate varied depending on formulation. Caffeine was present in the stable crystalline state in 3D-printed tablets. Printing temperature appeared to be critical for drug dissolution in-vitro. To conclude, filaments with the required mechanical properties to be 3D-printable and providing rapid/very rapid release dosage forms using safe materials (approved also for pediatric use) were developed for a hydrophilic model compound.

Formulation knowledge developed in the first study (HPC with or without Kollicoat® IR as matrix formers) was applied to develop FDM-processable filaments for the BCS class IV compound lumefantrine, for which the amorphous solid state is critical for the desired bioavailability. FDM 3D-printing technology was investigated in this study as a tool to achieve amorphous solid dispersion (ASD) at the point-of-care to guarantee bioavailability independently of the solid state of the intermediate product. Amorphous solid dispersions (ASDs) present a common formulation approach for dissolution/bioavailability enhancement of poorly soluble compounds, however the crystalline form of the drug is thermodynamically more stable leading to the risk of recrystallization during the shelf life. FDM-printing, which is a hot-melt technology by definition was explored to deliver ASD for near patient production, which requires shorter stability of the instable ASD system. Small grid-designed tablets with a size of size 9 x 5 x 4 mm, i.e., acceptable for children from 6 years old were successfully 3D-printed, demonstrating good uniformity of weight and assay for both 80% and 100% infill densities. Filaments (intermediate products) contained crystalline lumefantrine when tested two months after manufacturing. Following FDM-printing of the filaments it was possible to (re)create ASD, confirmed by Raman mapping which demonstrated that lumefantrine remained in the fully amorphous state in tablets for at least one month after manufacturing. The demonstrated feasibility to (re)create fully amorphous solid dispersions by FDM-printing on-demand, even when drug was present in crystalline form in the filaments, appears to be especially promising for manufacturing of personalized dosage forms with poorly soluble drugs.

In the third study, Immediate Release FDM-tablets with a poorly-soluble model compound were developed, and key structural parameters for the dissolution were detected using non-destructive accurate morphological analysis based on μCT. Basic butylated methacrylate copolymer (Eudragit® EPO) was used as matrix former as formulation approaches developed in 1st/2nd studies were not sufficient to meet IR criteria for lumefantrine tablets. A combination of a hydrophilic plasticizer xylitol and pore former maltodextrin was added and demonstrated to be a promising formulation approach to achieve fast dissolution rates. Tablets with 5% lumefantrine and corresponding placebo were printed, higher drug load as required for clinically relevant dosage strength however led to increased brittleness incompatible with FDM printing. Filaments with 30% drug loads were fully crystalline. For 5% drug load, highly sensitive Raman mapping technique showed that lumefantrine was present in amorphous state in the 3D-printed tablets as intended, however crystallinity traces in the corresponding filaments were detected. Grid-designed 3D-printed tablets with 65% infill density met rapid release criteria, while 80% and 100% showed slower dissolution. The critical structural characteristics of 3D-printed tablets with non-continuous surface such as accessible porosity, specific surface area by weight and by volume were quantified by an automated μCT- based methodology, and were confirmed to be critical attributes for the dissolution rate. Increase in accessible porosity, total surface area, specific surface area by weight and by volume and decrease in relative density appeared to impact the lumefantrine dissolution rate, whereas increase in closed pores volume did not increase the dissolution rate.

Although FDM-printing could be advantageous for on-clinical-site manufacturing as no powder or solvents are involved in the printing process, a significant challenge is achieving the required mechanical properties of the filament to allow FDM-processing. Hence, in the fourth study, direct powder (3D)-printing (DPP) of tablets was explored, which omitted the filament step to simplify fused deposition modelling (FDM). For direct 3D-printing, powder blends were loaded into a cartridge-like head and were successfully printed with honeycomb design following heating of the extrusion cartridge. This 1-step DPP with incorporation of in-built porosity providing higher surface area served as proof of concept for manufacture of rapid release dosage forms. Water soluble HPC SSL was chosen as matrix former and caffeine as model drug. The effect of PEG4000 as plasticizer/pore former and Kollidon® VA64 as rapidly dissolving polymer on DPP processability and dissolution rate was investigated. Directly 3D-printed tablets with low (30%) infill density showed rapid dissolution independently of the formulation, whereas for high (80%) infill density a combination of PEG4000 and Kollidon VA64 was required to achieve rapid release. The obtained tablets demonstrated good uniformity of percent drug content but had variable weight. Caffeine was present in crystalline state and in the stable polymorph in the tablets. Hence, Direct Powder Printing feasibility for immediate release dosage form manufacture was demonstrated. This technique might create an opportunity to avoid hot-melt extrusion allowing 3D-printing independently of mechanical properties of a filament and potentially prolonging product shelf life by reducing thermal stress.

Moreover, non-FDM-printable Eudragit® EPO-based formulations with 15% and 30% lumefantrine load examined in the second study, were shown to be DPP-printable. Hence, independence on mechanical properties of the filament would allow not only to shorten 3D-printed tablets manufacturing process but to expand formulations space and increase applicability across the portfolio.

In conclusion, this thesis demonstrated that FDM and DPP are promising 3D-printing technologies for flexible and personalized dosing, including IR drug products. Tablets were developed with sizes for both adults and children which met uniformity of content requirements to deliver precision of dose (relative standard deviation of uniformity of content data), weight uniformity, dissolution targets (rapid release) and physico-chemical stability. Morphological studies demonstrated, that for the future development of IR 3D-printed dosage forms, in addition to the suitable polymeric matrix selection, one could reduce closed pores volume, increase the open pore volume, as well as optimize the balance between shape/size and dissolution. The presented approaches of hydrophilic polymeric matrices combined with the CAD-designs, manufactured via FDM or DPP hold much promise in future pharmaceutical development of 3D-printed drug products. However, challenges which still should be overcome include diameter uniformity of filaments, accuracy and reproducibility of deposited mass, differences between designed and actual density, predictable final morphology and filaments’ mechanical properties. In addition, there might be a need in a real-time monitoring of flow and viscosity of the molten mass during the 3D-printing process.

Click here to find out more about parenteral formulations and excipients 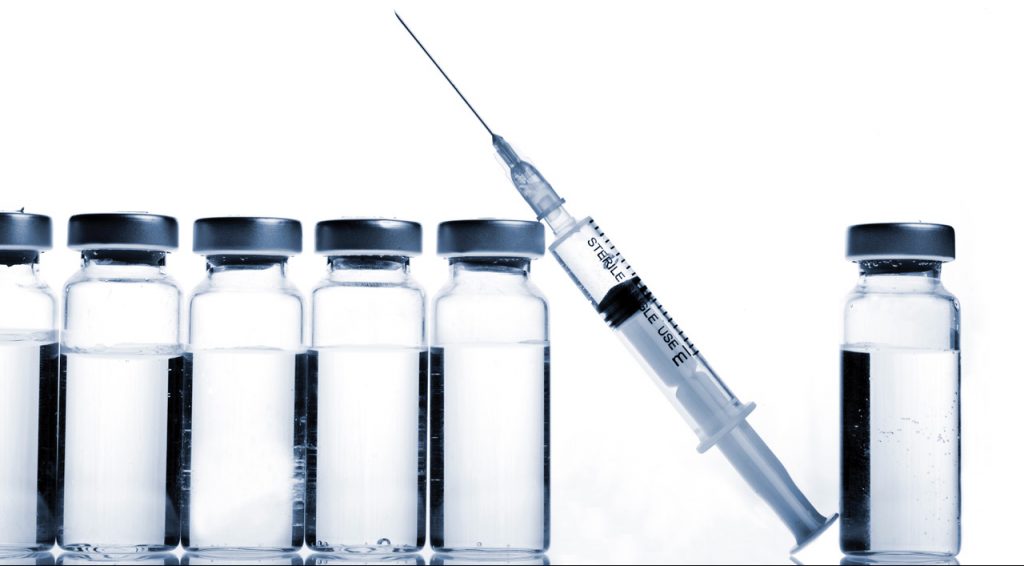 Prev Next 1 of 1,630
Top Pharma-Excipient Links