Background: Rotigotine is a new non-ergolinic dopamine agonist used in the treatment of Parkinson’s disorder and restless legs syndrome. It has extensive pre-systemic metabolism and administration of rotigotine through transdermal route is the best way to avoid pre-systemic metabolism and thereby to increase the bioavailability and to deliver the drug in a controlled order.

Objective: A controlled release transdermal system was developed using a novel hybrid technique including a combination of micro reservoir and adhesive dispersion system.

Materials and Methods: Transdermal system was prepared by incorporating rotigotine drug in adhesive matrix layer in which microspheres loaded with rotigotine were dispersed. Microspheres were prepared by spray drying technique using poly-ecaprolactone and maltodextrin (1:1 ratio) as carriers in various drug to polymer ratios.

Conclusion: From the PK study conducted in male wistar rats, it was observed that there was 1.679 folds improvement in bioavailability of test formulation when compared to reference (contains 4.5 mg of rotigotine pure crystalline drug in adhesive matrix layer) formulation.

Interested in spray drying? Have a look at our new webinar: 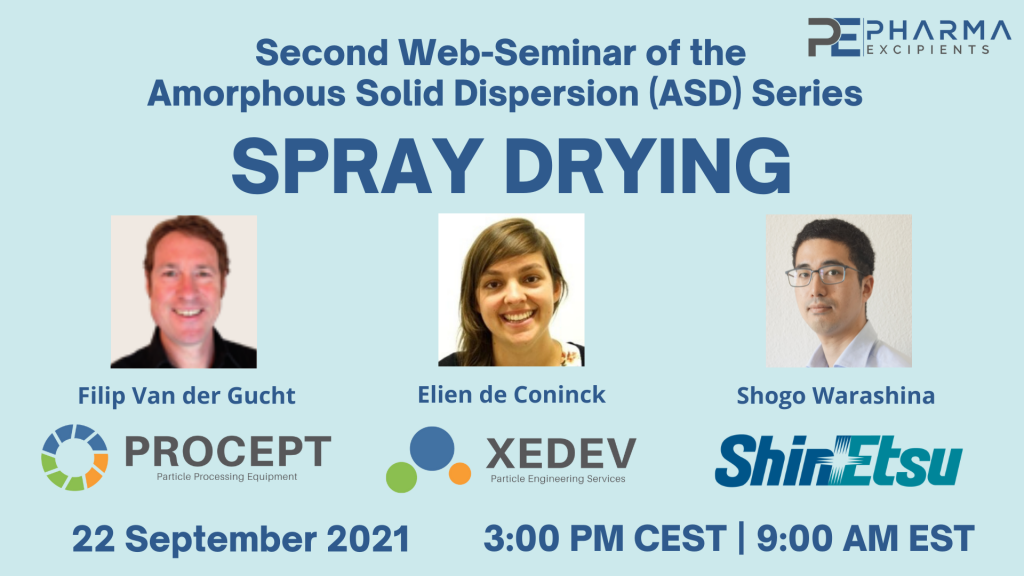 Preparation, optimization and evaluation of transdermal therapeutic system of…

Preparation, optimization and evaluation of transdermal therapeutic system of celecoxib to treat inflammation for treatment of rheumatoid arthritis

Prev Next 1 of 1,741
Top Pharma-Excipient Links