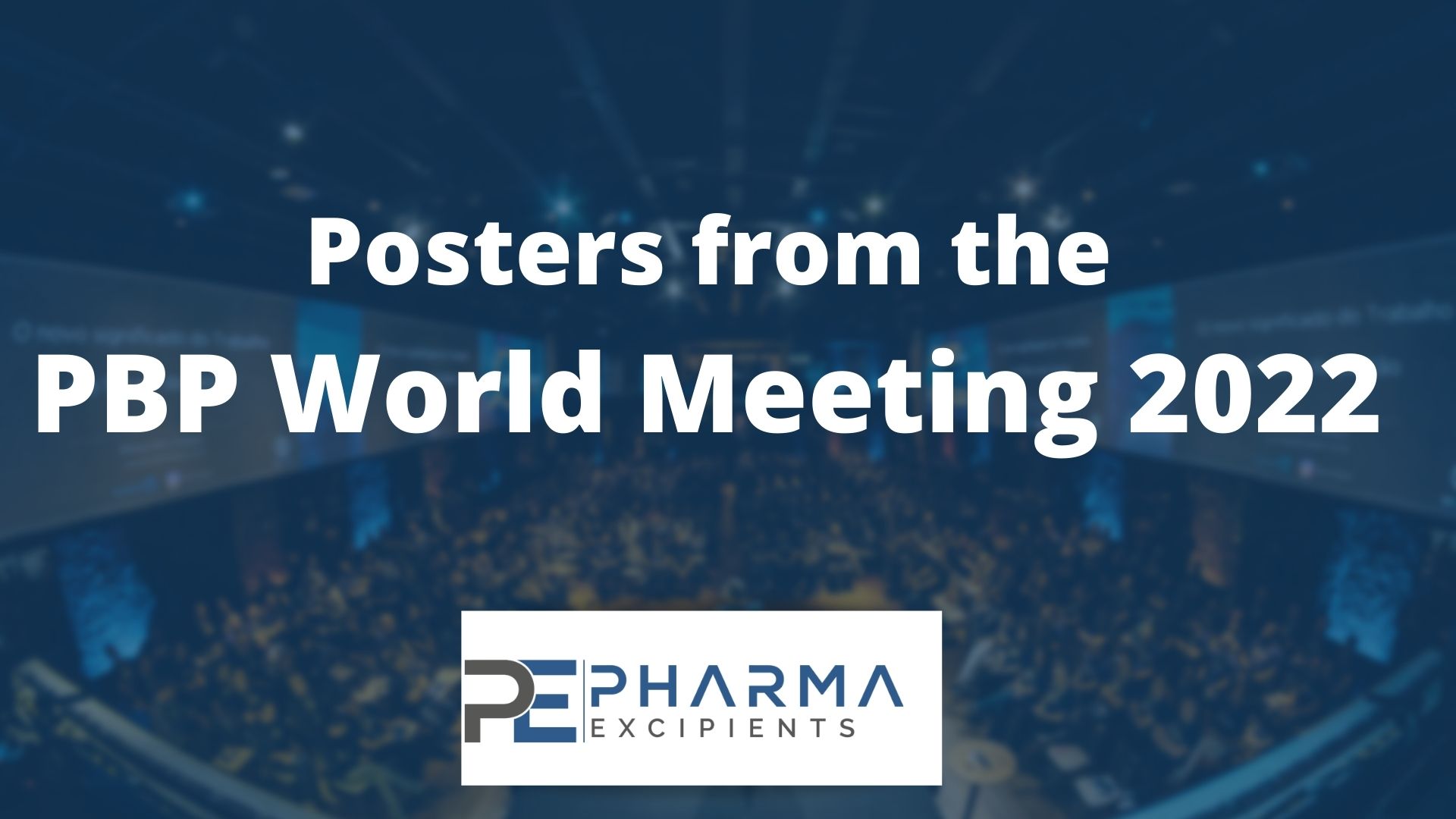 The 12th APV PBP World Meeting took place from 28 – 31 March 2022 in Rotterdam. There was a poster section at the event where really interesting scientific posters were presented. Therefore we asked the presenting scientists if we could share their work in addition online with the Pharma Excipients community.

As many scientists send us their posters we already showed and will show several posters of the PBP Poster Session stepwise over the next weeks.

Prev Next 1 of 1,917
Top Pharma-Excipient Links